Control and Discipline in the Malawi Young Pioneers 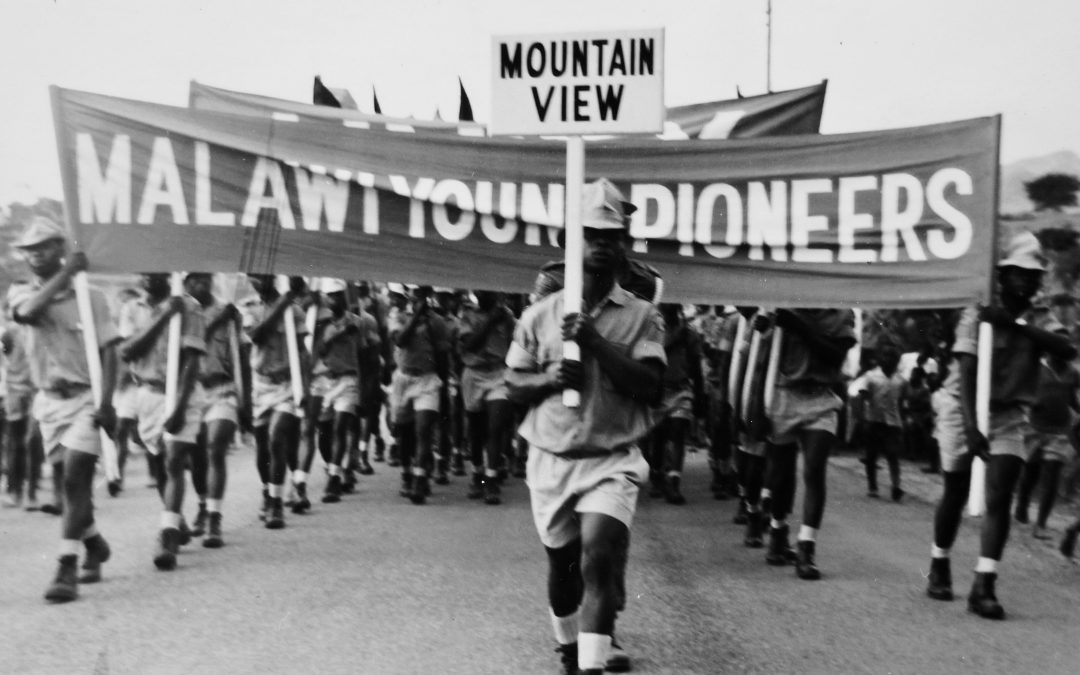 State sponsored paramilitary groups are a dangerous phenomenon in the developing world. Among late developing states, where intrastate wars are pervasive, paramilitaries have carried the responsibility of nearly 90 percent of all casualties of war (Lacina and Gleditsch 2005; Weinstein 2007, 5). Paramilitary groups are notorious for facilitating violence, criminality, and famine, and for upsetting the internal momentum of economic and social infrastructure. However, they can also be responsible for protecting communities, extending state authority, preventing social unrest, and instituting rule of law mechanisms in rural, under-governed areas.   On one end of the spectrum, paramilitary groups serve as an extra-legal, internal mechanism for states to extend their influence, build capacity, and institutionalize informal systems of security and governance; on the other end, paramilitary groups challenge the writ of the state, facilitate criminal enterprise, and destabilize local communities. What explains the divergent behavior of paramilitary forces, and why are some more violent than others?

Delving a level deeper on the spectrum of paramilitary actors, youth militia present a unique opportunity for states to raise auxiliary forces and steer a generation of civilians towards national service. On the African continent, nations such as Ghana, Zimbabwe, and Malawi seeking independence from colonial rule and consolidation of state power utilized “Young Pioneers” as a generational form of social mobilization and collective action (Allman 2014; Osuwe 2006; Phiri 2000). In some cases, these Young Pioneers served the greater interests of the state, mobilized youth towards positive collective action, and served as an important phase of independent development in the post-colonial era (Wood 1970). However, in other cases the Young Pioneers exploited their new power to enforce dictatorial governance, preyed on the civilian population, and even challenged the military’s claim over the monopoly of violence. Under the reign of the Malawian President Hastings Kamuzu Banda and his private army of loyalists in the Young Pioneers – “even to whisper was to disappear.” Yet under the direction of Malawi Young Pioneers the nation exhibited strong economic growth and was praised by international donors and institutions as a “model” towards engaging and employing the youth of a developing nation. This project seeks greater understanding of the duality of state formation in post-colonial Malawi. While addressing narrower questions of the evolution and development of Malawi Young Pioneers (MYP), this research seeks to broaden our perspective of the nature of state-society relations and how youth development programs are exploited as paramilitary tools during state crises.

This project is an expansion of my dissertation and working book proposal, The Dogs of War: Paramilitary Groups and State Formation in Afghanistan, where I focus on why paramilitary behavior diverges amongst armed groups in Afghanistan. My research found that where complementary management of paramilitaries was absent, paramilitaries were more likely to engage in predation as they monopolized the market of protection for personal interests, but when patrons and the community engaged in complementary management of paramilitaries, protective behavior was ensured (Dearing 2015). This study takes my dissertation research a step further by addressing the puzzle outside the realm of Afghanistan and applying it to a different group (youth militia) in the paramilitary spectrum of actors.

The Malawi Young Pioneers (MYP) was an organization developed in 1963 as the new country gained independence from British colonial magistrates. Developed from the foundation of the League of Malawi Youth – an anti-colonial division within the Malawi Congress Party, and modeled off Kwame Nkrumah’s Young Pioneer party in Ghana, the MYP were focused on rural development work and political indoctrination (Phiri 2000). As national and regional security problems rose, the one-party state increasingly engaged the MYP in security related services, enhancing the status and power of the organization to become a competing faction among the state’s military establishment (Mchombo 2006). Tensions reached a tipping point in 1993, when the Malawi Army launched Operation Bwezani to disarm and disband the MYP.

While many studies have addressed post-colonial development and governance problems in Malawi, most tend to focus on the personality of the dictator Kamuzu Banda or the process of internal rule within the one-party system of government (Power 2010; Englund 2001; Phiri 2000). Scholars tend to address the Young Pioneers in terms of its initial role as a social mobilizer and how the Malawi Congress Party exploited the organization towards maintaining its singular hold on power (Ross 2009). However, none have addressed the internal characteristics and motivations of the MYP in detail. This study will not only add to our understanding of the internal dynamics of Malawi’s period of authoritarian rule, but also address the aspects of internal rule through the lens of individual members within the MYP organization. In addition, this study will add to our understanding of the behavior and evolution of paramilitary organizations in late developing states – a literature of growing interest in the field of security studies and comparative politics (Ahram 2011; Reno 1998; Mazzei 2006).

This project expands a previous fact-finding mission in the summer of 2016 when I traveled to the cities of Lilongwe and Zomba, Malawi. Funded through grants from the College of International Security Affairs Summer Field Studies Initiative and the Program for Irregular Warfare, I visited the Malawi National Archives and key subject matter experts in academia, non-profit, and the Malawi government. I was granted exclusive access to the National Archives Malawi Young Pioneers portfolio, a collection of over 50 boxes of declassified documents covering areas of intelligence, training, policy, and planning. In addition, the archive is colored by many hand-written notes, letters, and personal memoirs offering a nuanced perspective from individual recruits to high-ranking officers. I reviewed over 2,500 documents obtained from the archive and delivered initial findings at a November 2016 ISSS/ISAC conference at Notre Dame University in a paper titled: Spies in the Maize: Control and Discipline in the Malawi Young Pioneers. In addition, I coordinated future project support with local subject matter experts in government, academia, and the media. Through the Minerva R-DEF grant I will expand archival research to cover the entire portfolio with assistance of local researchers at Chancellor College in Zomba. I will also conduct interviews with veterans of the Malawi Young Pioneers, subject matter experts, and local residents affiliated with exposure to MYP protection and predation. Through official documentation, artifacts, and oral narratives, I will tell the story of the MYP through the eyes of those within the organization and those affected by it.

This project has particular importance towards Minerva General Interest Area in gaining understanding of how state and society manage complex relationships under times of stability and instability. Special Interest Area (SIA) 3 also stands out in my effort to develop a theory to explain how paramilitary actors gain, maintain, and project power against the state and society it serves. In addition, it adds to our relatively limited understanding of how power, coercion, and influence is shaped and used within the sub-Saharan Africa region. I use structured focused questions to guide the study, which also contribute to our knowledge of SIA 2 & 3: How did evolving state-society relations in Malawi influence the behavior of the MYP? What triggering events influenced policy and behavioral changes within the MYP? How did resource and security architectures influence MYP behavior? What factors compelled MYP to disband and defer from assuming authority over state institutions? Future expansion of this project will cover analysis of youth militia in Zimbabwe, Rwanda, and the DRC.

Englund, Harri. 2001. “The Culture of Chameleon Politics,” in A Democracy of Chameleons: Politics and Culture in the New Malawi, edited by Harri Englund. Blantyre: Christian Literature Association in Malawi.

Phiri, Kings M. 2000. “A Case of Revolutionary Change in Contemporary Malawi: The Malawi Army and the Disarming of the Malawi Young Pioneers,” Journal of Peace, Conflict and Military Studies. 1:1.