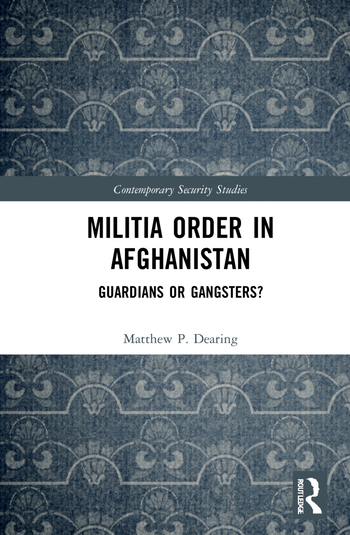 Enter the code FLY21 at checkout.

This book offers a new insight into when and why paramilitary groups in Afghanistan engage in protective or predatory behavior against the civilians they purportedly defend.

In Afghanistan’s counterinsurgency environment, America leaned on militias to provide order and stabilize communities cut off from weak central government institutions. However, the lucrative market of protection challenged militia loyalty, as many engaged in banditry, vendettas, and predation. This book examines the varying militia experiments in Afghanistan from 2001 to 2020 and their outcomes through three sub-national case studies. It argues that successful militia experiments in Afghanistan involved inclusion of local orders, where communities had well-established social structures and accountability mechanisms in place, and state patrons relied upon those structures as a restraint against militia behavior. Complementary management ensured patrons leaned on communities for strong accountability systems. But such environments were far from the norm. When patrons ignored community controls, militias preyed on civilians as they monopolized the market of protection. This book adds to the rich literature on the U.S. experience in Afghanistan, but differs by focusing on the interplay between states, communities, and militias.

This book will be of much interest to students of military and strategic studies, Asian politics, security studies and International Relations.